The week before I arrived in Galway, Ireland my sister, mom and I went to Paris and London. The whole time we were there I was so excited about my new adventure in Ireland! When they officially dropped me off at my new apartment I felt a wave of different emotions. There’s something so surreal about saying goodbye to family in a completely foreign country. I unpacked my suitcase in a small dorm like room nervous for what the next two weeks would bring. My roommates were overly welcoming and energetic which made the transition very easy. Little did I know how close we would all become by the end of the two weeks! We had orientation where we were able to walk around the town of Galway and learn more about the history. During orientation we also were able to go to a Gaelic Football Game which was interesting to watch! We had a pasta night and drank wine while it poured outside. It is so crazy to me that one place can have so much rain!

For the next two weeks we attended class at National University of Ireland Galway. The campus was absolutely gorgeous and looked straight out of a fantasy book. The architecture was absolutely beautiful and made me feel like I had traveled through time to the medieval era.

The actual town of Galway was out of a storybook. Literally. Walking around the streets in our free time brought me so much joy.

Our classes for the ecology course involved learning all about Irelands diverse history, biosphere and species. This was very interesting to me because everything was completely opposite from Phoenix, Arizona. We had field trips throughout the week where we would hike miles upon miles (which actually killed me because I was born a terrible hiker). For one of the field trips we stayed overnight in a science research lab. My entire class stayed in bunks which reminded me of living in my sorority house. The research lab was in the middle of nowhere and the closest pub was a mile walk. So after walking over 10 miles during the day my class and I walked a mile up to the pub. Let’s just say the Apple Cider hit and was very rewarding. This is the stunning view from the pub after walking what felt like my whole life….

This iconic spot below will always trigger me on so many different levels. This one day in particular our teacher had rented a bus and led us on hikes to different spots throughout the day. Around the middle of the day we arrived at a river to eat lunch and sit along the bridge. I sat up onto the bridge looking down at the water below me. My phone was in my lap while I ate my food. I turned and heard the actual worst sound… a splash.

Without even looking down I knew that my phone had landed in the river. I use to keep my ID and debit card in the back of my phone case (not anymore for this reason). I stared down in disbelief at the flowing water as my debit card, ID and phone floated down the river. I stood up to jump off the bridge into the shallow river, acting completely irrational, but my roommates pulled me back -Thank God-. I started to scream because what else are you suppose to do when you are in a different country and your phone, ID and debit card are about to disappear. One of my classmates was along the bank and dove into the water to retrieve my stuff. I will forever be grateful for that kind gesture because my study abroad experience could’ve been heavily impacted by this. For the rest of the trip my phone had water lodged in the camera but it was still able to work which is all I cared about. The mere thought of not having a phone while in a foreign country was too scary for me to even think about

The rest of the trip we went to amazing locations all around Ireland. We took a boat ride to the Canary Islands, Cliffs of Moher and so many other symbolic and scenic destinations. Being outdoors in the fresh air was something I really had looked forward to when I chose Ireland. I was stunned by the lush green hills which are so different than the Arizona desert.

The best thing that came out of my study abroad experience were my roommates who became my close friends. Corina, Hope and Emily made my Study Abroad experience so memorable. I feel that when you hike in swamp like conditions, you really bond with people. We had so many truly memorable experiences during our time in Galway. We stayed in touch after our trip and all met up in Georgia in January. It’s so crazy how you can become so close in such a short amount of time. One thing I have learned with the Corona Virus and everything that’s happened this year is you have to seize the moment now! If I would’ve waited to study abroad until this summer (which I heavily considered) All of these friendships and memories wouldn’t exist. That is such a crazy thought to me.

So now I am one of those people who doesn’t stop talking about their study abroad experience. But at the end of the day it truly is such a life-changing. Meeting new people and experiencing new cultures is something so so valuable!! 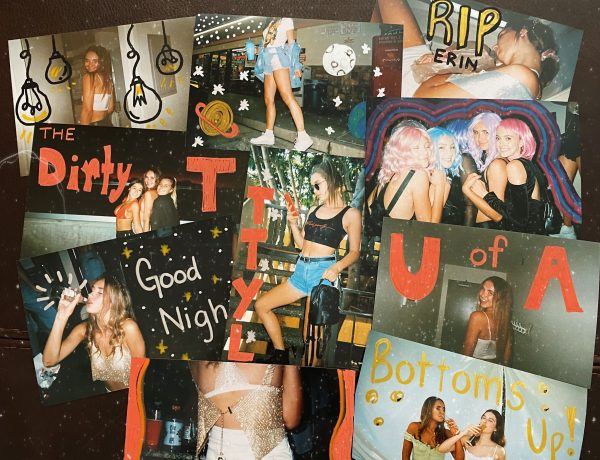 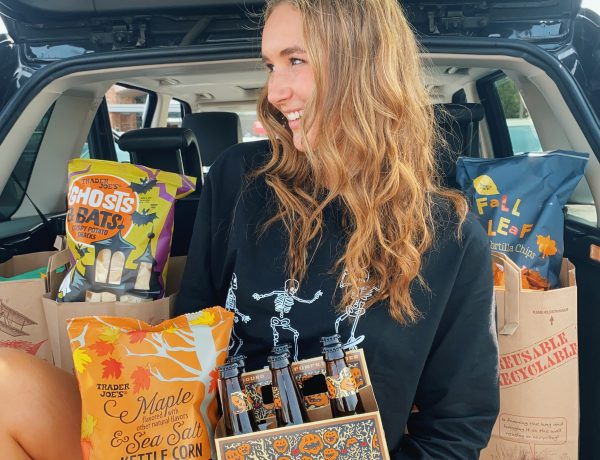 A Day in Mystic Falls